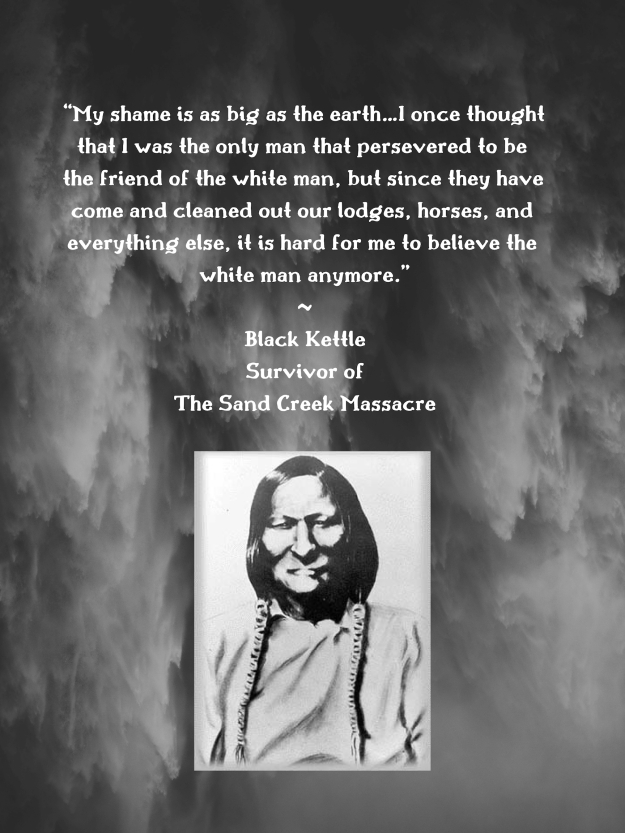 Today is an anniversary. A terrible one. On this day one-hundred-fifty-four years ago, Colonel John Chivington led an army force of 700 men through the night to surround a peaceful encampment of Cheyenne and Arapaho Indians. Only weeks before, this very same colonel had promised Black Kettle and other chiefs of these tribes a peace treaty. They’d been instructed to fly the American flag and a white flag over Chief Black Kettle’s tent, and as long as those flags remained in place, the tribes would be at peace with the Army and Colorado’s territorial government.

But on November 29, 1864, just moments before dawn, Colonel Chivington’s men were instructed to fire on the sleeping encampment. Within the tents, there were mostly women, children, and the elderly. The fighting-aged men had gone to their hunting grounds to lay in food for the winter as they awaited the peace treaty.

If you’re interested in reading more of the true history of what led to this horrendous attack and what happened during and after, please see my blog post on the Heroes, Heroines, and History Blog. And keep watching there for more information about the historical players involved in this attack (my blogging day is the 25th of each month–though I won’t be blogging about the massacre on Christmas day. LOL). In upcoming posts, I will be delving more deeply into who the historical players were and why they acted as they did.

Speaking of…if you love history, follow Heroes, Heroines, and History. Thirty historical fiction authors have banded together to write a posts on historical topics every day of the month–a new post and new topic every day. Also, if you want to be kept in the loop of what’s upcoming with me, please be sure to follow my website for updates! 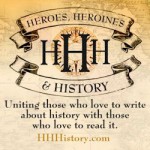